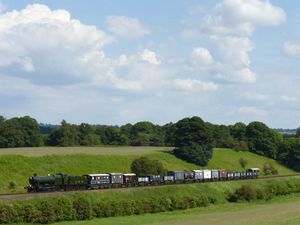 A demonstration goods train is often run during the Spring Steam Gala and Autumn Steam Gala and offers a rare opportunity to see, and hear, a train of loose coupled (i.e. unbraked) goods wagons from the SVR-based fleet. A variety of locos are used, with typically 12 to 18 wagons. As the wagons are mostly unbraked, a brake van (guard's van) is also used at the rear. When not in use, the wagons are usually stored in Bewdley Down Yard.

An incomplete listing of notable events and vehicles used is below.

Members of the public were able to ride in the brake van of the goods train. 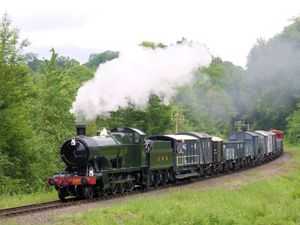 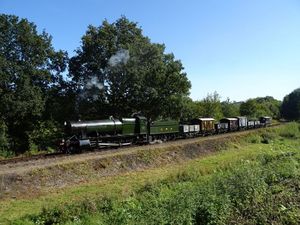 The 1996 Autumn Diesel Gala included four milk tankers hired in to recreate WR scenes of the past.