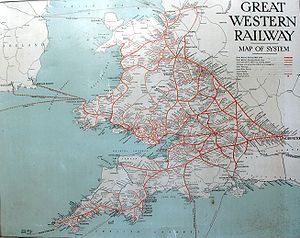 The GWRGreat Western Railway were subsequently responsible for the construction of the Kidderminster Loop Line which opened in 1878. Also during the 19th century the GWRGreat Western Railway introduced signalling throughout the line and increased the number of stations having two platforms with the ability to pass trains. During the 20th century the company created a number of halts in an attempt to attract more local custom.