The 1876 timetables and other information below were published "for the use of the company's servants" and include instructions for signalling trains, procedures to follow in the event of signalling equipment failure, and regulations for crossing trains at places where they do not usually cross each other. The instructions also refer to the use of station trucks.

Hampton Loade station was originally called simply 'Hampton' at opening. Although histories of the railway such as Marshall (1989) suggest that it received the full name shortly after opening, the abbreviated version still appears in this timetable.

The Kidderminster Loop Line did not open until 1878, therefore passengers travelling to Kidderminster or Stourbridge would have to change at Hartlebury. The timetable includes the times of departures to Stourbridge. 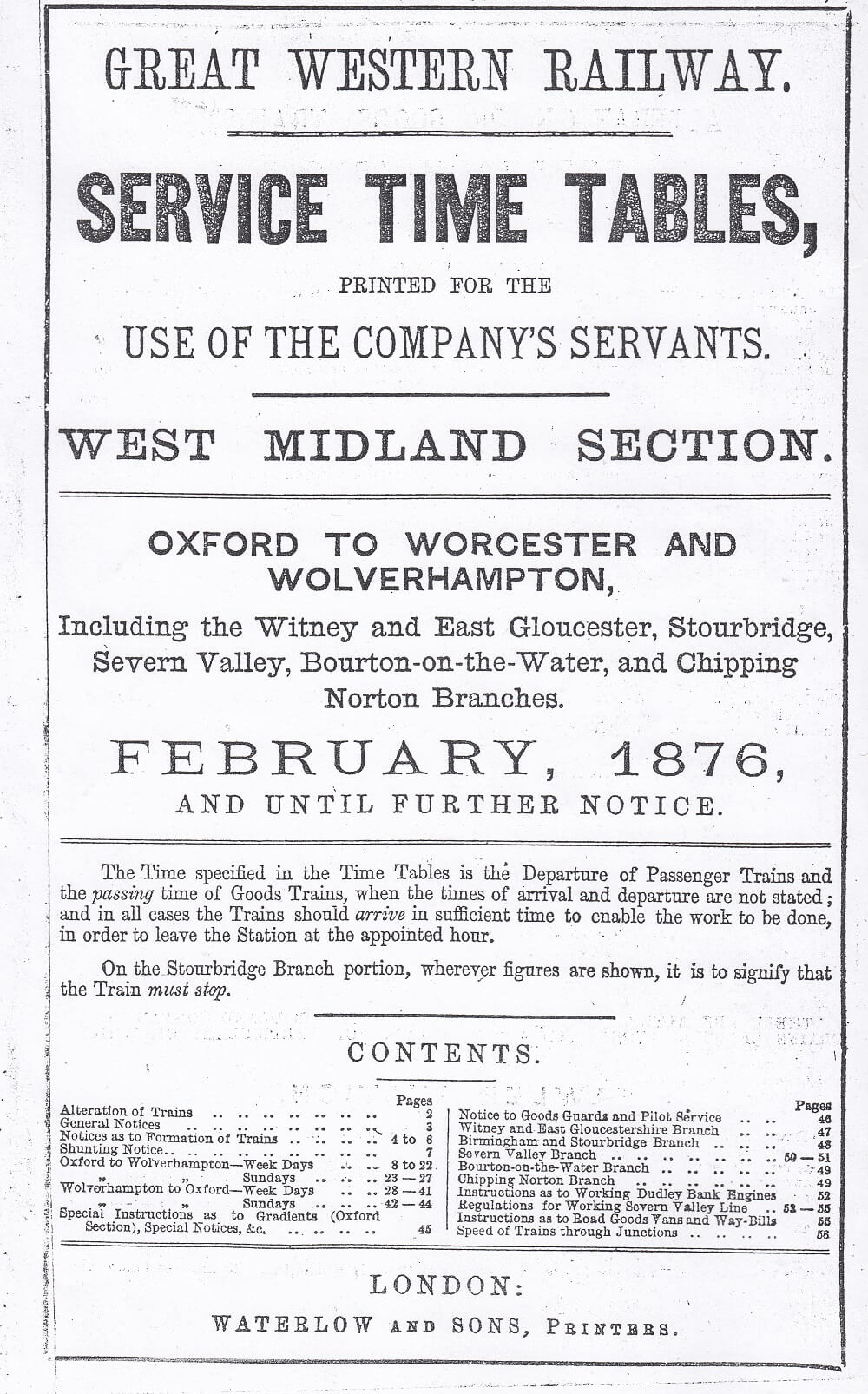 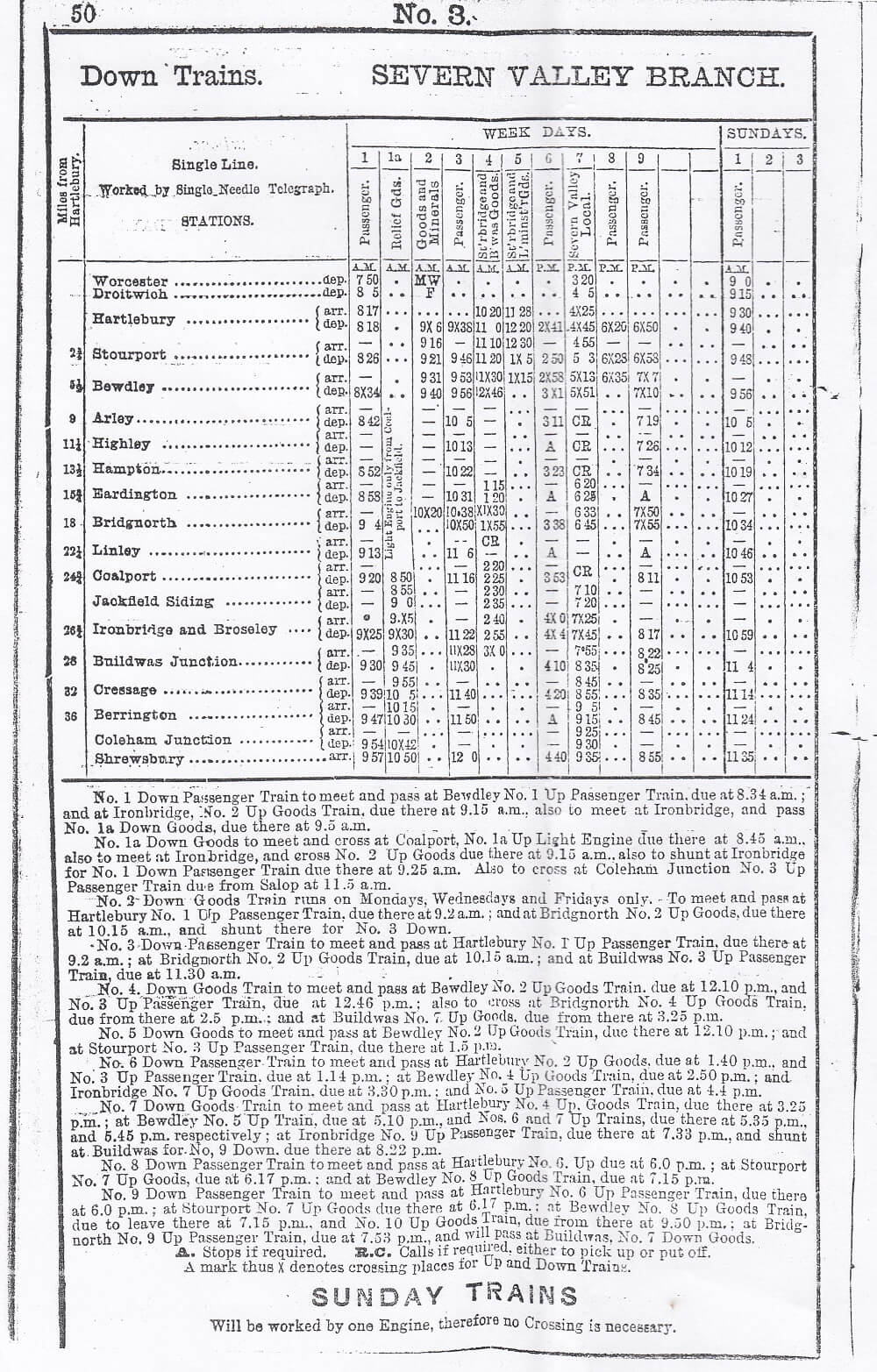 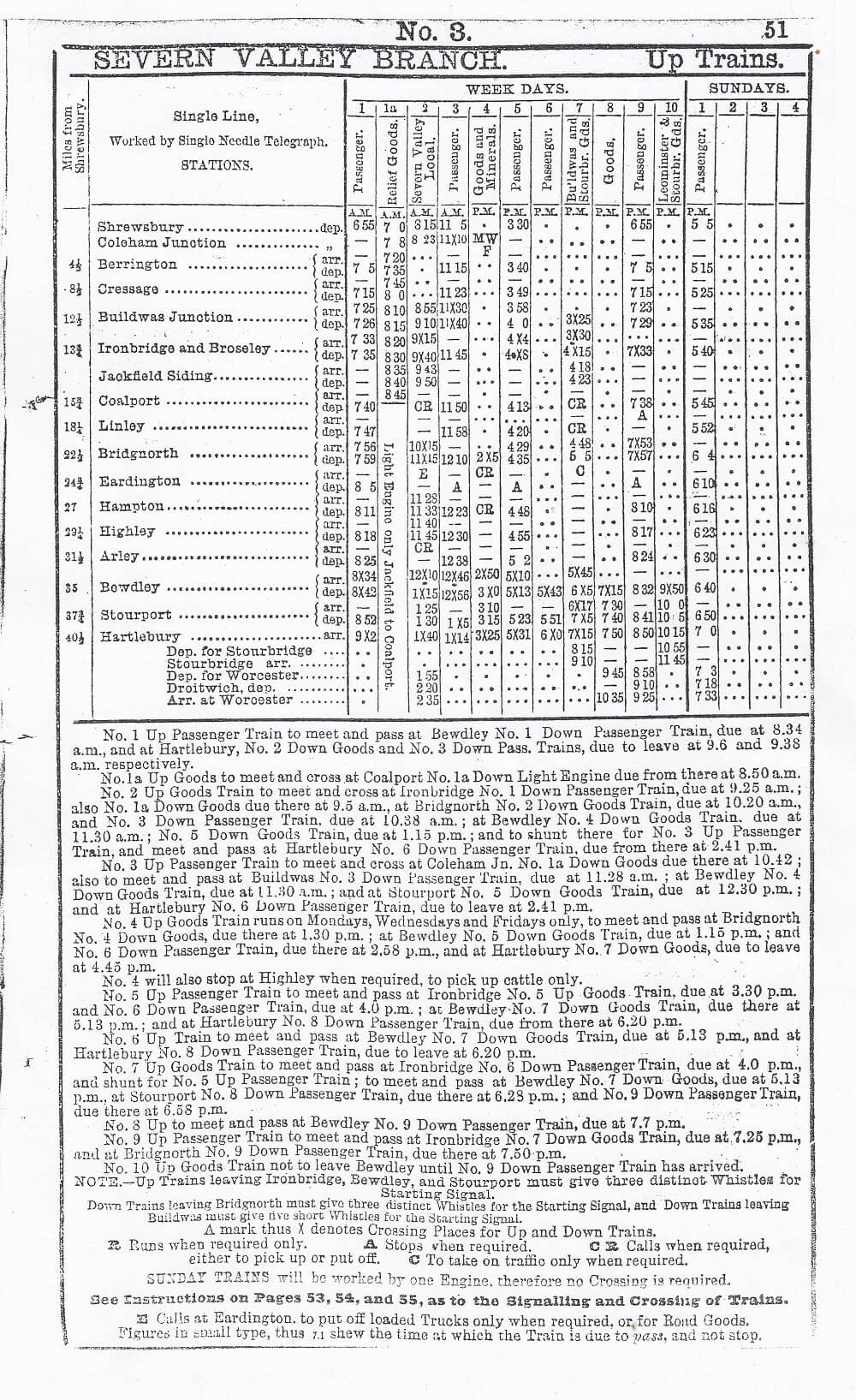 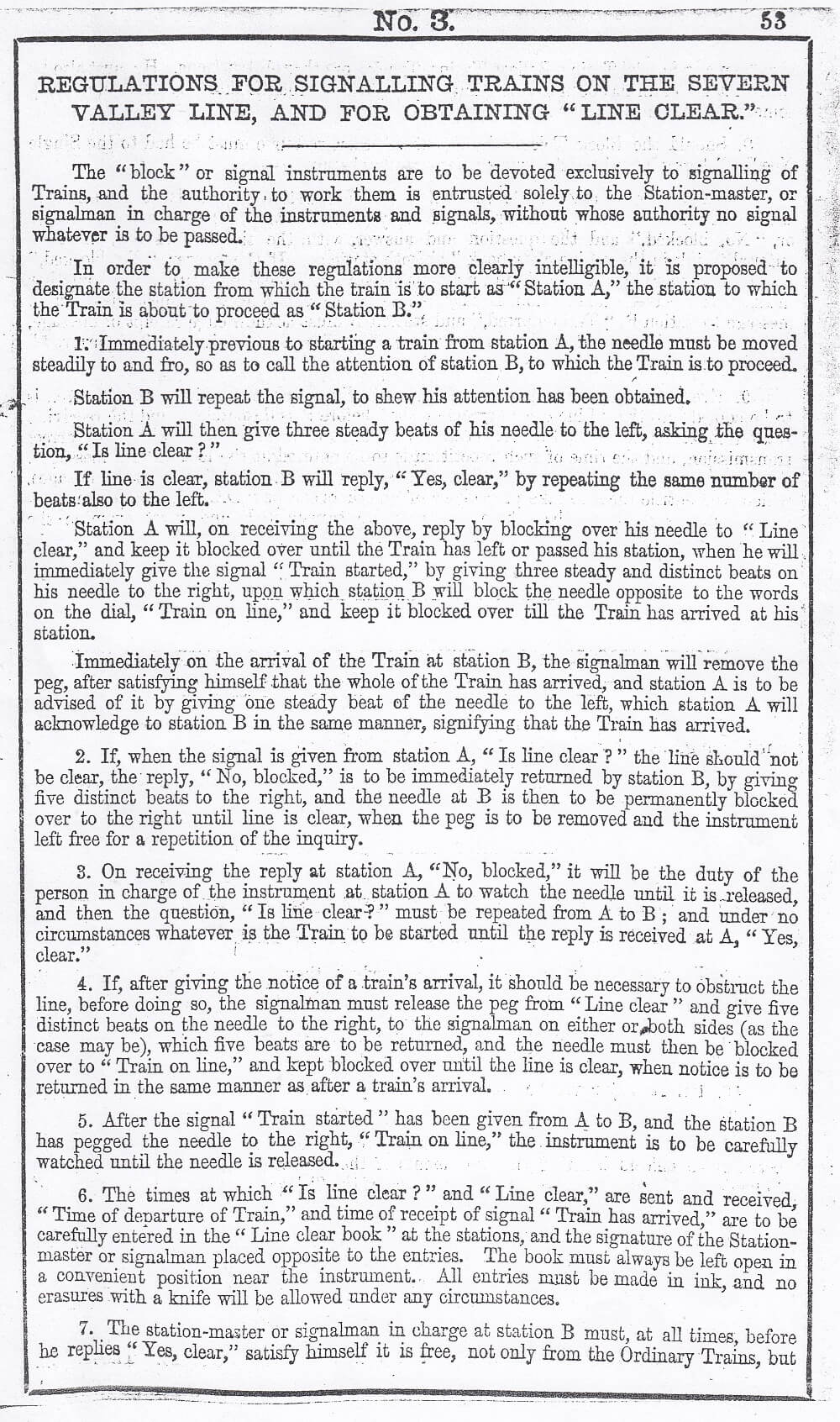 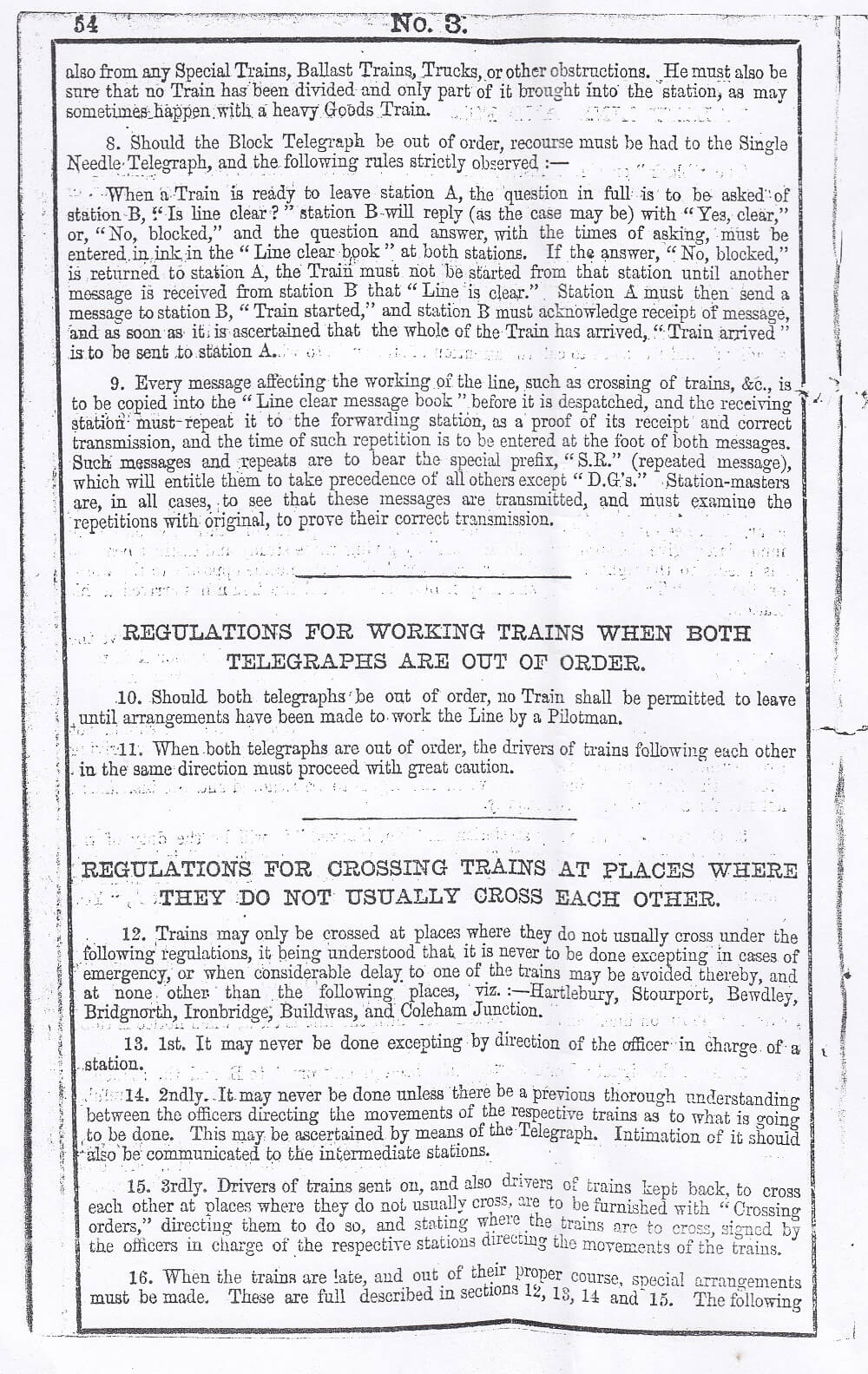 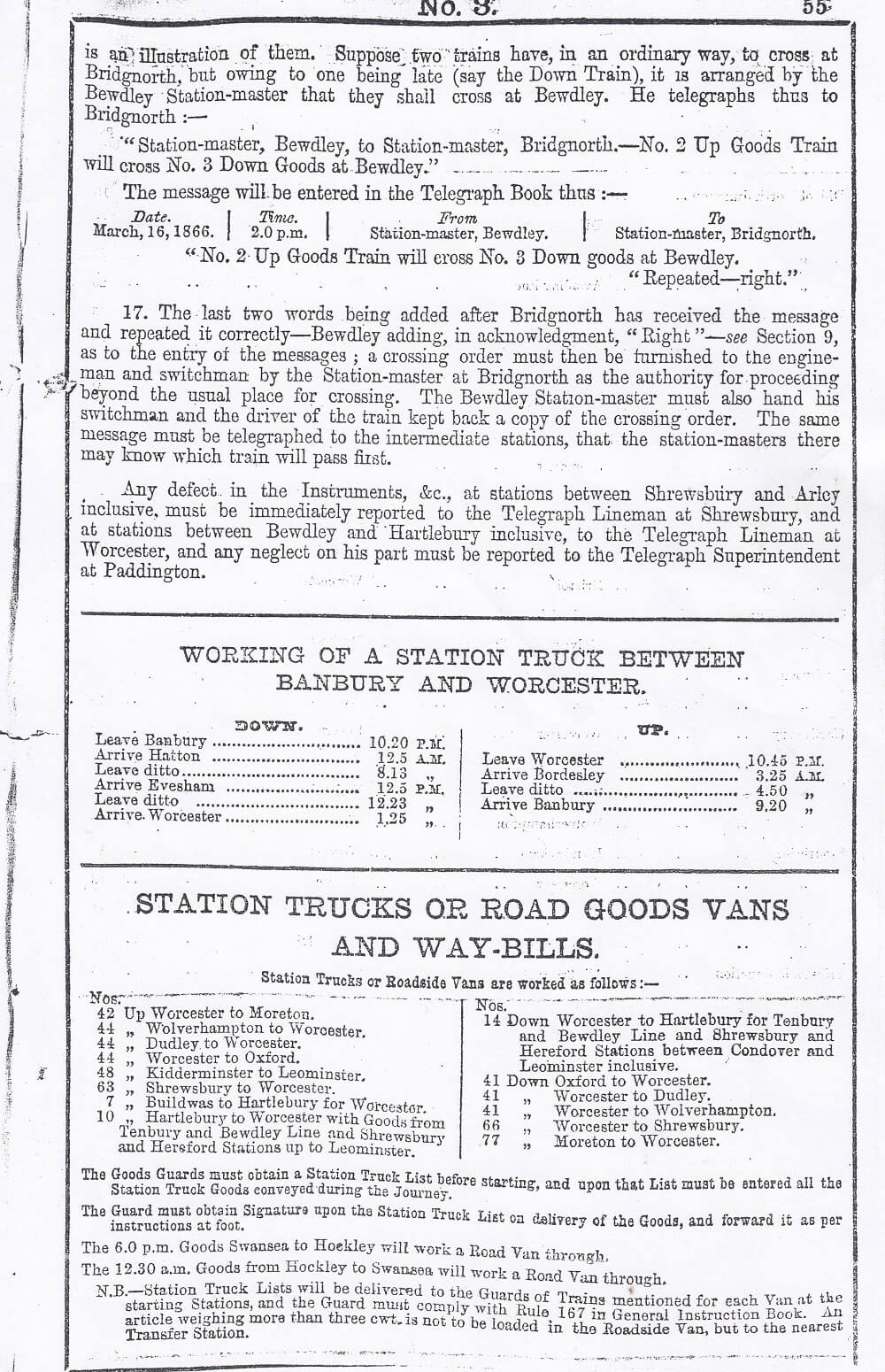