These 1910 public timetables show trains between Worcester and Shrewsbury via the Severn Valley Branch and between Kidderminster and Woofferton via the Tenbury Branch. A separate table was published for the Steam Railmotor service between Kidderminster, Bewdley and Stourport, described as "Motor Cars – One class only". These provided a regular weekday service starting before 8am and finishing after 9pm. One railmotor service also ran from Worcester as far as Bridgnorth.

On the Severn Valley Branch five services left Shrewsbury on weekdays as in the previous decade, although starting and ending later in the day with the first departure not until 8:30am. Two of the five departures were to Kidderminster. However there was a peculiar imbalance in the timetable in that six full line services now arrived at Shrewsbury, with the last of the day being from Kidderminster.

The Tenbury Branch weekday timetable included six departures from Kidderminster to Woofferton. Six services returned to Kidderminster, five from Woofferton and one from Tenbury. One service in each direction was by steam railmotor. 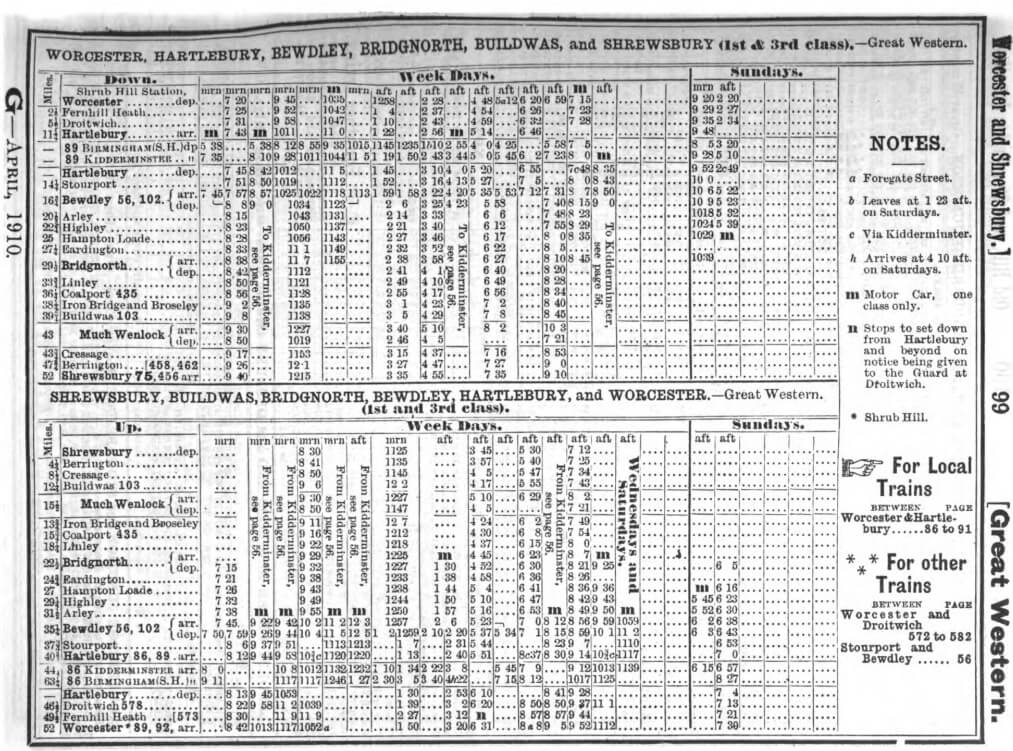 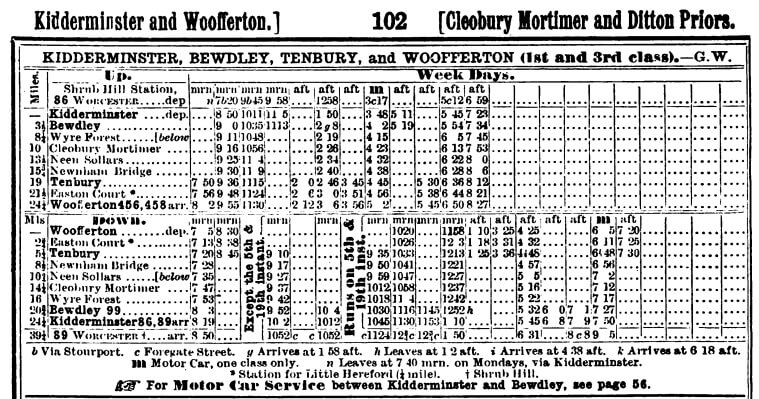