This 1877 public timetable shows trains between Worcester and Shrewsbury via the Severn Valley Branch and between Bewdley and Woofferton via the Tenbury Branch.

On the Severn Valley Branch, four through trains ran in each direction between Hartlebury and Shrewsbury on weekdays, with times varying between 1h 42m and 2h 22m. The average duration of 2h 2m equated to a speed of 19.6mph. On Sundays a single train ran from Worcester to Shrewsbury in the morning, returning in the late afternoon.

On the Tenbury Branch there were three trains in each direction between Bewdley and Woofferton on weekdays only.

The timetables include one train per day labelled 'gov', an apparent reference to this being deemed to be a 'Parliamentary' train. 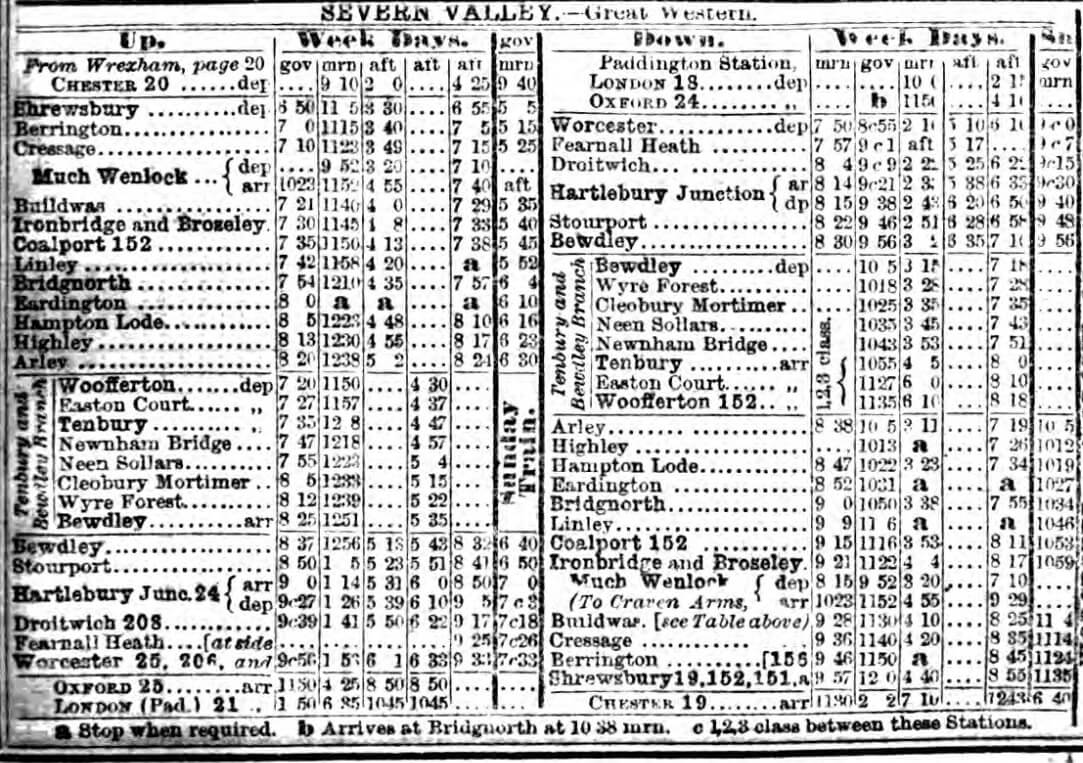