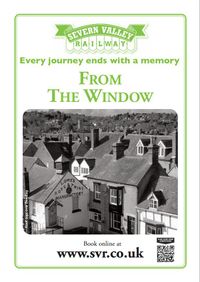 This Wiki page lists many of the points of interest which are visible from the train, including some not in the SVRSevern Valley Railway pamphlet. These are generally shown in order from Kidderminster to Bridgnorth. For a complete list of bridges, viaducts, tunnels and crossings on the railway, see the List of infrastructure page.