The West Midland Railway operated the Severn Valley Railway from opening on 1 February 1862. Prior to that date the proposed timetable shown below was published. As well as the service between Shrewsbury and Worcester, it also included connections from Shrewsbury northwards to Manchester and Liverpool, from Worcester southwards to London and Bristol and from Hartlebury northwards to Kidderminster, Wolverhampton and Birmingham.

The opening timetable refers to 'Hampton', the original name of Hampton Loade station. The full name was adopted shortly afterwards. Eardington did not open until 1868.

Linley Station was built as part of the agreement with Thomas Whitmore for the construction of the railway through the Apley Estate, which required the Severn Valley Railway to provide a station at which at least two trains per day in each direction could be stopped on request.[1] The timetable appears to show that two trains were actually scheduled to stop. 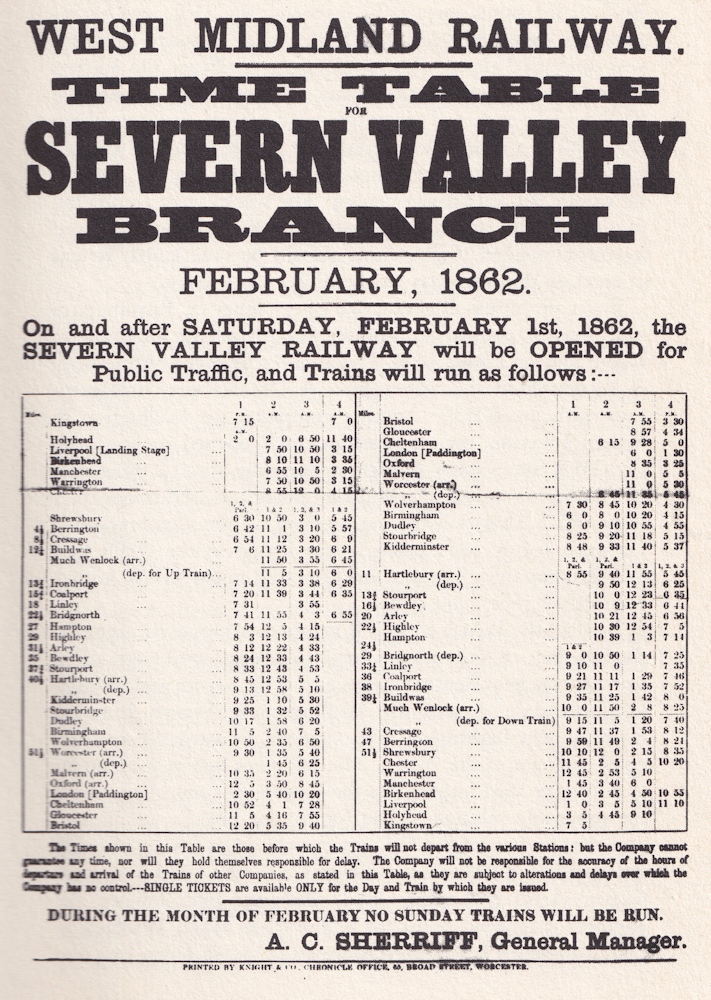 The abbreviated version of the timetable shown below, covering services between Shrewsbury and Worcester, was published in the Shrewsbury Chronicle of Friday 7 February 1862, the week after the railway opened. This included the classes of carriages provided, all trains having first and second class but only some including third class. The description of first full line service in each direction is shown as "1,2,P", indicating that this was deemed to be a 'Parliamentary' train. 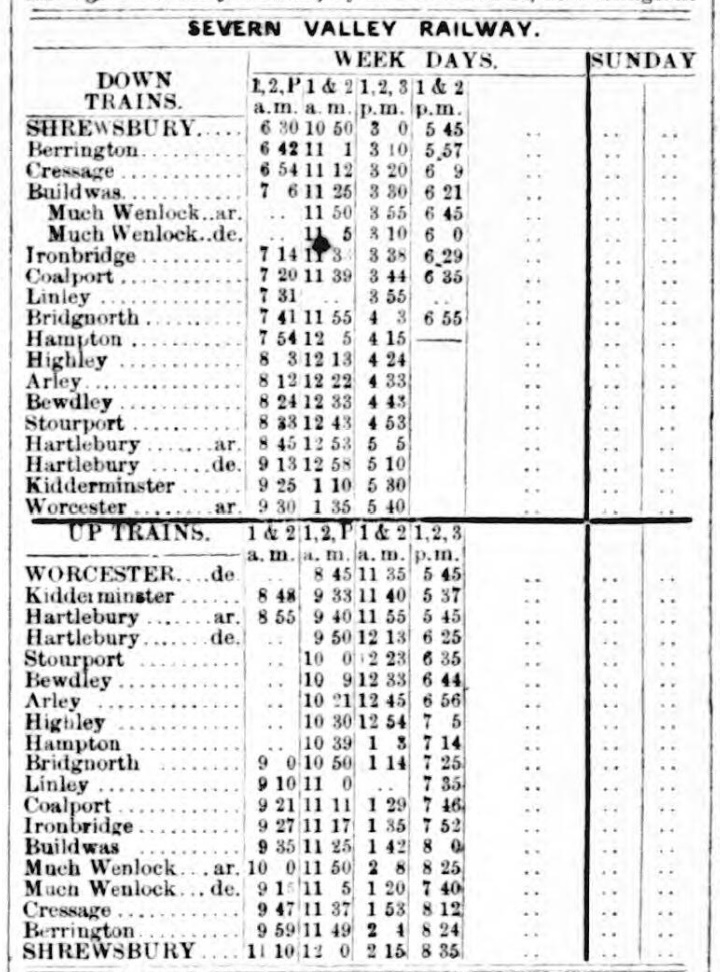 Newspaper image © The British Library Board. All rights reserved. With thanks to The British Newspaper Archive.