The BRBritish Rail or British Railways London Midland Region took over responsibility for the local area from the Western Region on 1 January 1963. The Birmingham District extended as far as Buildwas Junction, with stations to the north falling under the Shrewsbury District. For convenience this working timetable therefore included times for Shrewsbury as the terminus for the Branch, but not the intermediate stations and halts at Cressage, Cound Halt and Berrington.

Passenger services on the entire Tenbury Branch had ended in July 1962. This was the last timetable for through services on the Severn Valley Branch, which ended between Shrewsbury and Bewdley with effect from 9 September 1963. After that time only local passenger services ran around the Kidderminster / Bewdley / Hartlebury triangle until the end of the decade.

The timetable included four weekday through services in each direction which were: 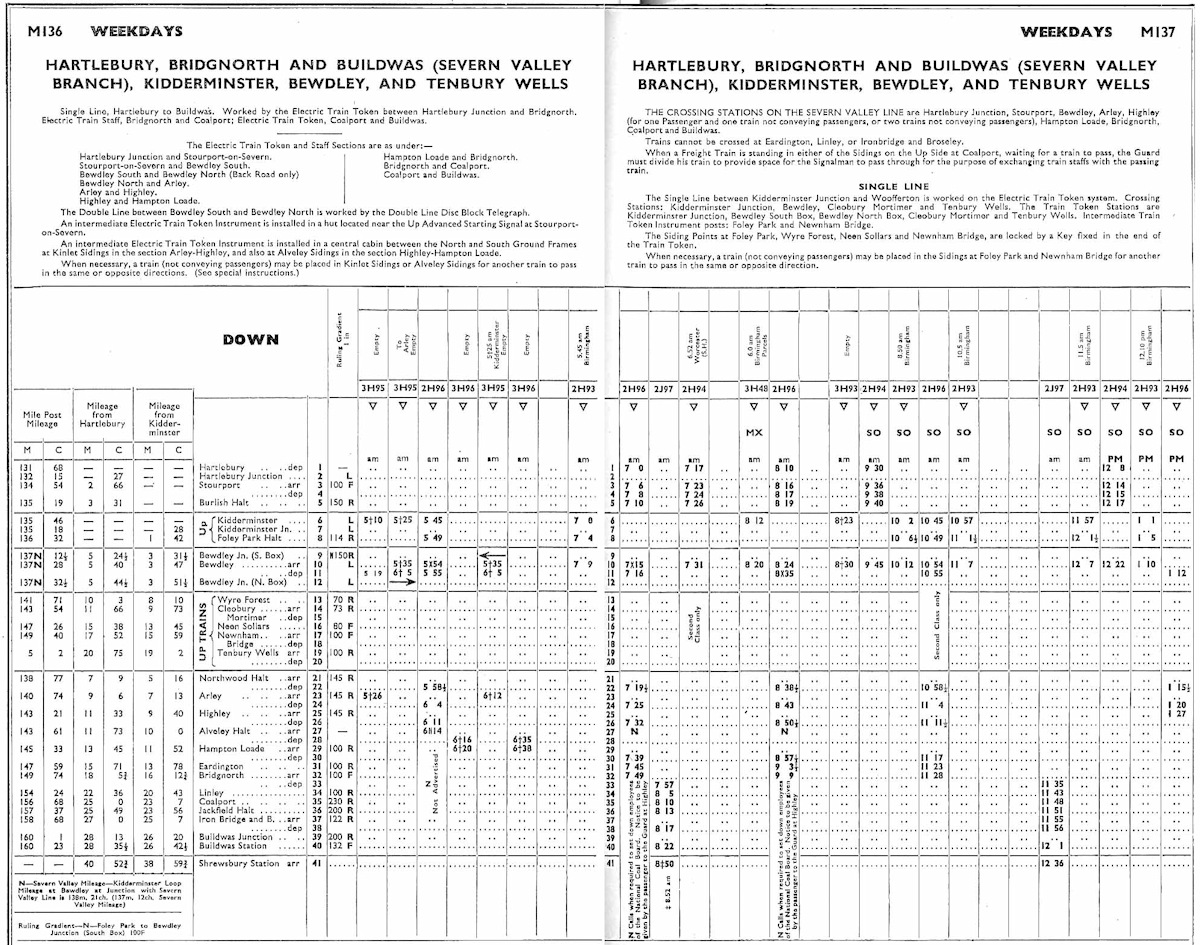 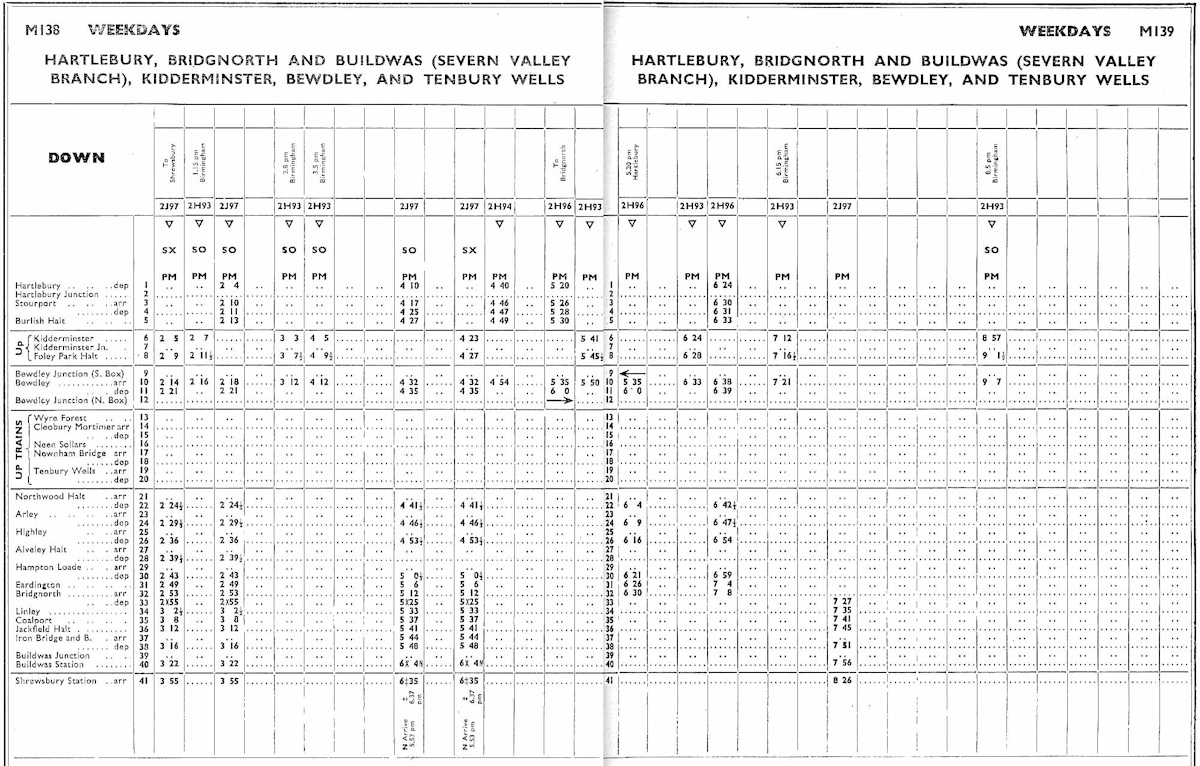 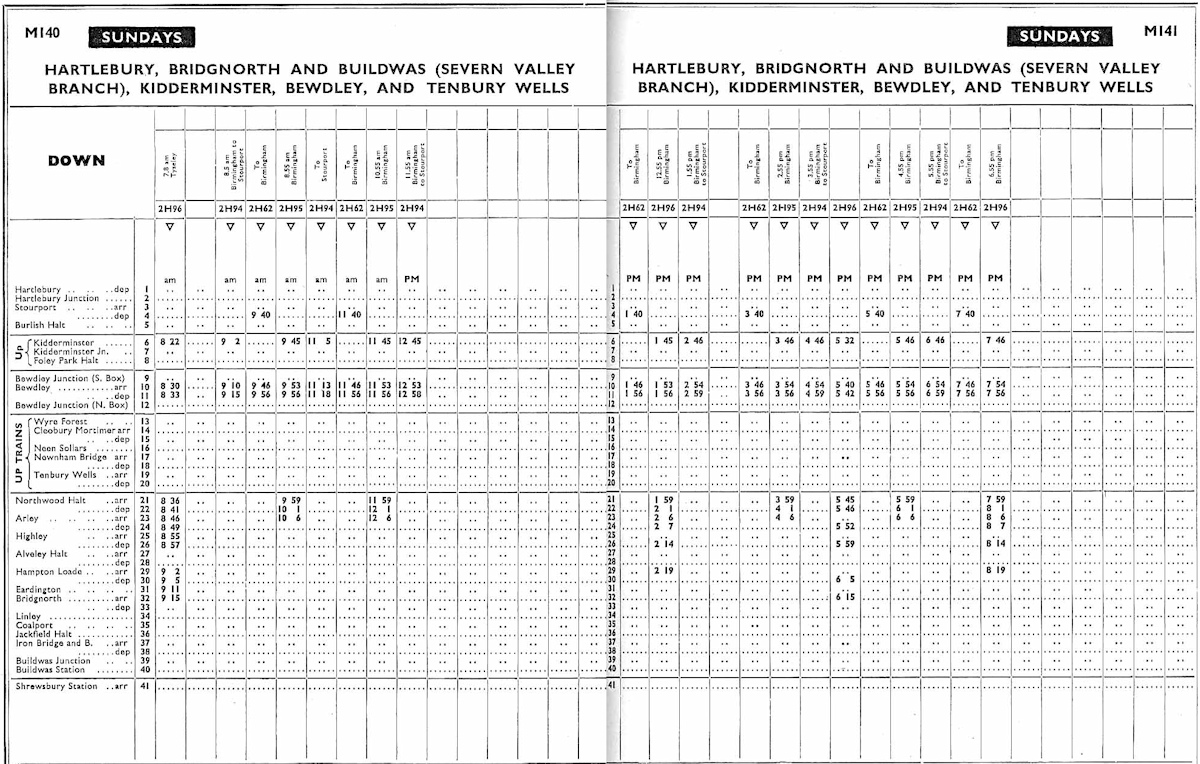 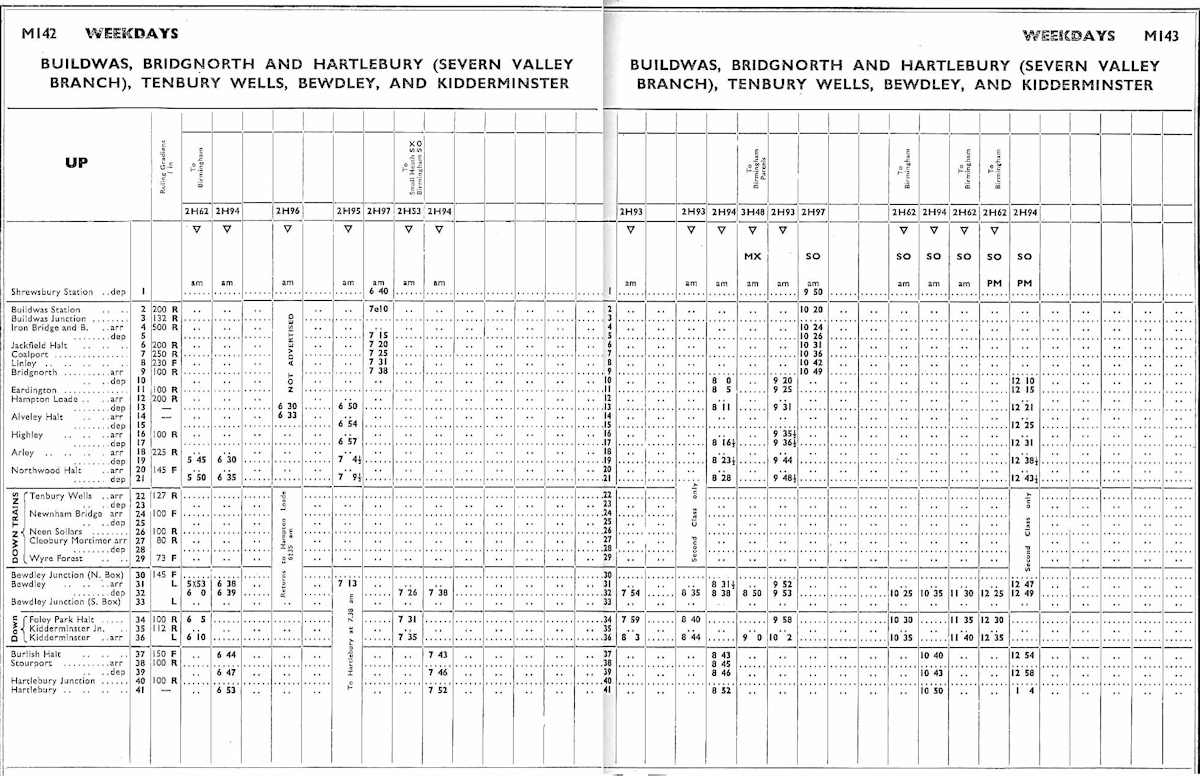 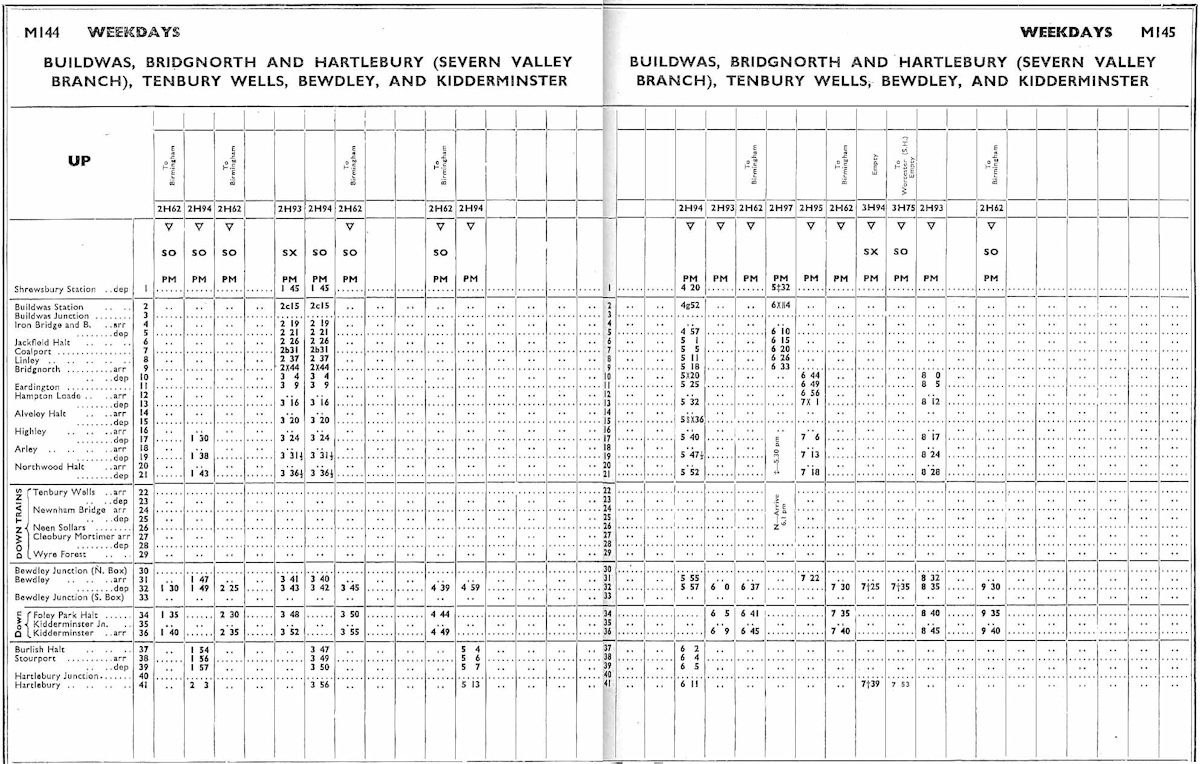 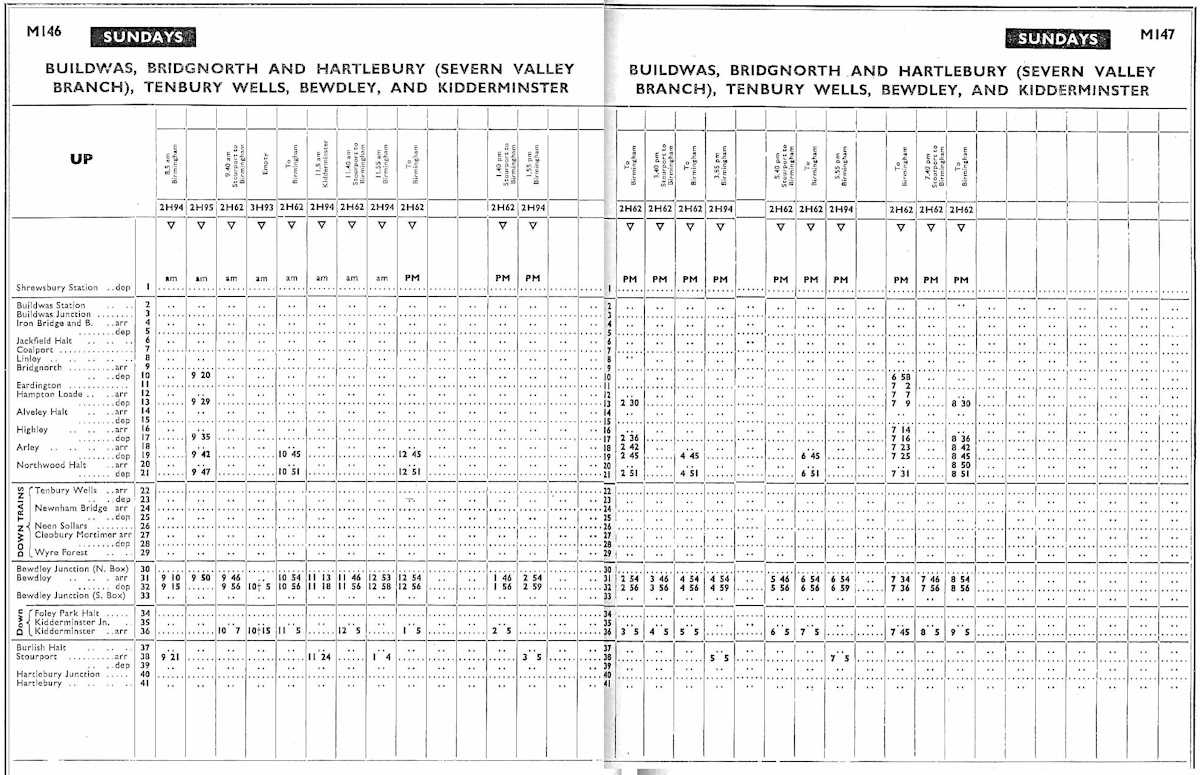